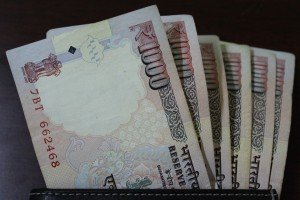 Indian business sentiment fell for the first time in three months in March as companies faced lower demand amid rising input prices on the back of the weak rupee.

The MNI India Business Sentiment Indicator, a gauge of current sentiment among BSE-listed companies, fell to 62.7 in March from 63.5 in February. The decline in sentiment was led solely by manufacturing firms, offsetting last month’s rise in confidence. In contrast, sentiment among construction companies rose significantly and service sector companies were also more optimistic about overall business conditions.

In spite of March’s decline, confidence picked up a little over the first quarter of 2016 as a whole. After gradually declining throughout last year, the MNI India Business Sentiment Indicator averaged 62.7 in the three months to March, up slightly from 61.3 in the December quarter.

In contrast with last month, fewer companies reported an increase in both new orders and export orders, and they were also less bullish on future demand. Nevertheless, companies expanded production and the expectations measure for new orders remained elevated at 68.2.

Firms faced higher prices for their inputs, with the Input Prices Indicator increasing 5.7% on the month to the highest since July 2015. Consequently, companies raised the prices they charged and expected them to increase further in the coming three months in anticipation of higher prices for raw materials.

Another factor that added to companies’ outlays was the depreciation of the rupee. Companies lamented that its weakness made their imports more expensive. The indicator measuring the Effect of the Rupee Exchange Rate fell further into contraction to 46.3 from 48.4 in February, the lowest since June 2015.

Commenting on the latest survey over India business confidence, Chief Economist of MNI Indicators Philip Uglow said, “The decline in confidence in March was relatively modest and sentiment is still up from the recent trough in December. Importantly most key measures in the survey have stabilised and turned upwards in recent months following the trend decline that has been in place since September 2014.”

“It looks increasingly likely that the RBI will cut official interest rates at its April meeting. Note, though, that input prices as well as prices charged have been trending higher recently, which will likely limit the extent of monetary easing.”