Business News This Week > National > Go Go or So So? The Big Economy Battle: Shaurya Doval

When both in our intention and action, the welfare, honour and safety of the nation is placed over and above individuals, it accounts for nationalism. When a soldier dies fighting for what many would look at as just a pinch of land is what is real nationalism. It is a 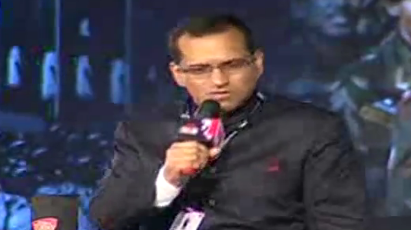 But on the question of individual nationalism, it would be fair to assume that people cannot be taught to be patriotic or true nationalists. Nationalism is an article of faith, just like marriage or religion, and cannot be forced upon. What is noteworthy is that only by strengthening nationalism can any nation achieve idealism.

However, addressing the question whether the brand of nationalism is rising aggressively and particularly under the current NDA government, it should be considered that though the number of agitations by various groups has increased in recent times, there isn’t any substantial data to support the same. It should be taken into account that there is a certain section of society that is constantly creating a narrative not necessarily for national purpose but in order to fulfill personal agendas.

On the issue of award vapasi, there are a couple of questions that need attention: to whom are the awards being returned? Is there a choice that individuals have to change their nationalities? Has the faith been lost in the country that has awarded individuals with respect and honour? When it comes to individual rights in conflict with the larger interest of the nation, the interest of the latter must prevail over and above. It is important to note that everyday there are forces that are working towards strengthening a nation and then there are others who are working otherwise. But there is always a choice.

— Individual actions that strengthen the nation account for Nationalism

— Idealism can be achieved only on the wheels of Nationalism

— The government needs to put in place a system of checks and balances in order to maintain nationalism in its true form, that is taking into account anti-national actions, such as award vapasi

You either love your nation or you don’t”

“Pluralism is an idea and nationalism is a reality”

“People cannot be fooled today by complicated language or proponents”

“Ask yourself if your actions will strengthen the nation or weaken it?”