Bengaluru, April 2022: The New India Foundation announced the three awardees of the inaugural NIF Translation Fellowships, chosen from across 10 Indian languages for the research and translation of three historically significant non-fiction texts originally published in Bangla, Kannada and Marathi. Instituted to promote non-fiction translations from various Indian languages to English, the Translation Fellowships are envisioned to create an expansive cultural reach for works which have thus far been confined to those who understand the original language of their composition.

The awardees of the inaugural round of the NIF Translation Fellowships are: 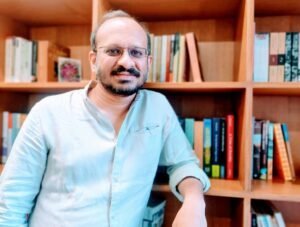 ● Rahul Sarwate(academician and historian)to translate Sharad Patil’s Marxvad: Phule-Ambedkarvaad from Marathi
Awarded for a period of six months with a stipend of 6 lakhs to each recipient/team, the Translation Fellowship offers the invaluable opportunity for direct mentorship under the Language Expert Committee and the NIF Trustees,apart from providing financial, editorial, legal, and publishing support.

In pursuit of fulfilling the objectives of the NIF to foster scholarship and writing around all aspects of Independent India and to provide a wider audience for Indian-language texts, the Translation Fellowships aims to showcase our country’s rich history, culture, plurality and diverse narratives through literature written in regional languages. There are no constraints on genre, style, nationality of the translator, or ideology of the material chosen for the Translation Fellowships as long as they are published after 1850 and illuminate the development of modern and contemporary India.

In each round of the NIF Translation Fellowships, different languages will be alternated to ensure a pan-Indian representation of linguistic diversity. These new Fellowships complement the existing Book Fellowships that have led to the publication of 25 books so far and several new works ready for publication, over 11 Fellowship rounds.

The awardees were meticulously chosen by the jury, through a comprehensive screening process to ensure high-quality translation aptitude and scholarship, received last year from the length and breadth of the country for each of the ten languages covered in the first round.

Speaking on this initiative, Niraja Gopal Jayal, Trustee of New India Foundation said, “The Translation Fellowships of the New India Foundation have been awarded for the translation of three books that span the genres of personal memoir, philosophical dialogue, and critical theory, by three towering intellectuals of their time: Nirmal Kumar Bose, DR Nagaraj, and Sharad Patil. Written in Bangla, Kannada and Marathi respectively, each book is a fine contribution to the rich intellectual tradition in these languages. We are excited that this work will be introduced to readers through annotated translations and hope that the English editions of these books will spark conversations about the relevance of their ideas today.”