An international fintech holding Robocash Group has expanded the product line with the launch of its first Buy Now Pay Later service UnaPay in the Philippines. 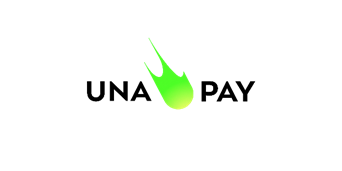 Apart from the new product, Robocash Group has been providing micro-consumer lending services with a focus on Asia and operating its own P2P lending platform in Europe. The Buy Now, Pay Later will open new opportunities for the group’s customers, offering installment plans for online and offline shoppers in the Philippines.
With UnaPay, users can make purchases on the Lazada e-commerce platform with up to 12 installments due every two weeks. The customers can apply for a virtual credit amount of up to PHP 30,000. Having inherited the ease-of-use and full automation from the existing products of the group, UnaPay provides Filipinos with fast and convenient access to finance. The approval process takes 5 minutes, while the funds are credited to the customers’ Lazada e-wallet within 24 hours. Moving forward, UnaPay plans to increase the number of active merchants, which is expected to reach several hundred by the end of 2021.

Sergey Sedov, Chief Executive Officer of Robocash Group, commented: “We see a big potential in the new product, as there is a high demand for alternative financial services among Filipinos. More than 50 mln people remain unbanked, but many of them need additional funds. For example, our recent survey showed that over 50% of Filipinos borrowed money from family or friends in 2020. At the same time, the Philippines has a significant share of the smartphone (64%) and Internet (70%) users. It means that most of the population has an opportunity to access financial services online to meet their immediate spending needs.”

Although the e-commerce market in the Philippines is at the emerging stage now, it is one of the fastest-growing in Southeast Asia. Between 2015 and 2019 it increased at a CAGR of 26.4%. By 2023, it is expected to reach 7 bn USD.

About Neel Achary 4360 Articles
Neel Achary is the editor of Business News This Week. He has been covering all the business stories, economy, and corporate stories.