New Delhi, May 8th, 2022: Iron deficiency in kids is no longer associated with the socio-economic status of a family as doctors at Paras Hospitals have revealed that they have been witnessing lots of iron deficiency cases in kids from elite backgrounds in their OPDs. Dr. Manish Mannan, HOD, Paediatrics, and Neonatology, said parents don’t even realise their kids who are suffering from severe iron deficiency despite having prominent symptoms of pale skin, fatigue, poor appetite, poor growth, lack of concentration, fidgetiness, irritable behaviour to name a few. 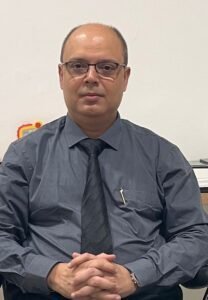 Iron deficiency in children has become a rampant health issue in urban India. It can occur at many levels, from a mild deficiency all the way to iron deficiency anemia — a condition in which blood doesn’t have enough healthy red blood cells. Untreated iron deficiency can affect a child’s growth and development.

It has been observed that there is a significant affinity to milk and milk products in the Northern part of India. Milk after one year of age is predominantly a source of calcium. Green vegetables (sans potato) are a very important component of the daily diet. The daily diet should have carbohydrates, proteins, vegetables, and fruits in equal proportion.

Iron deficiency can be diagnosed through blood tests. It is recommended that all infants should be tested for iron deficiency starting between ages 9 months and 12 months and, for those who have risk factors for iron deficiency, again at later ages. Depending on the screening results, your child’s doctor might recommend an oral iron supplement or a daily multivitamin or further testing along with dietary modification.

At sure.bet, our goal is to provide the most trusted and reputable non GamStop casinos.